From the age of 15 years, when first joining the Royal Navy, it has always been the intent to consider the “glass to be half full” while additionally, and even though we could have done without our 15th puncture since we have resided here, we always feel that it is “an ill wind (that blows nobody any good)". 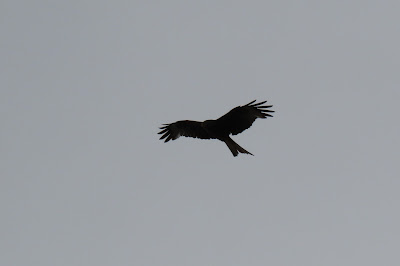 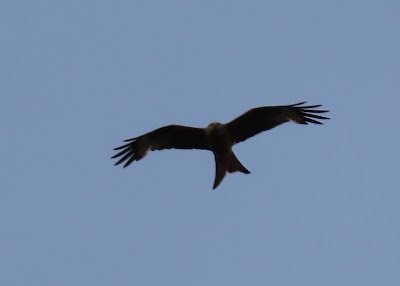 we would never have seen the
RED KITE 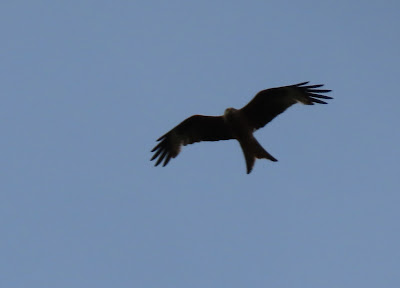 thermalling,directly above our humble caravan home,
albeit in shillouette.
Further harrised by the overnight conditions we only set a single Moth Trap but nevertheless came up with 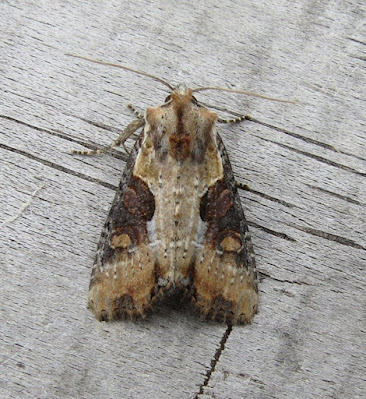 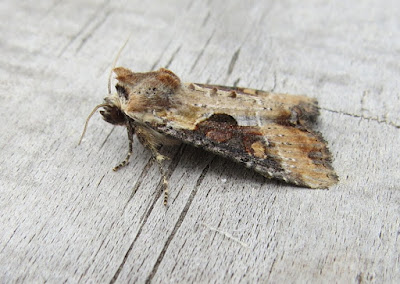 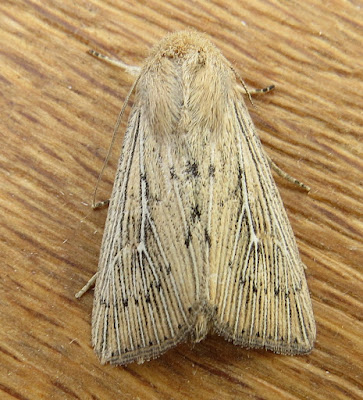 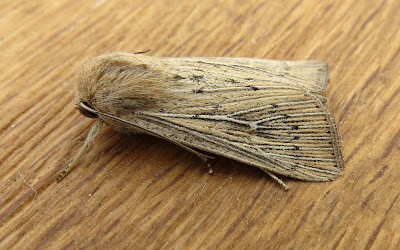 both added to a Year List which has now reaches a total of
201 species of Macro Moths!
Heading for the garden water-tap, to dhoby the pinkies, another nifty surprise as this tiny 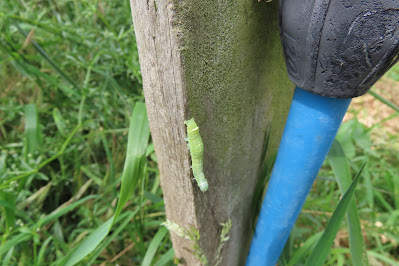 CATERPILLAR
was navigating its way down to ground level and thought to be the larvea of either
Large White or Small White Butterfly?? 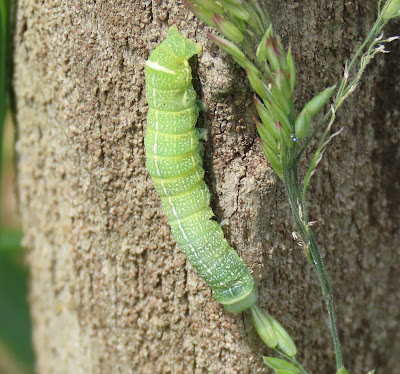