Poet and Pheasant - Peter Jay and the Jaywalkers 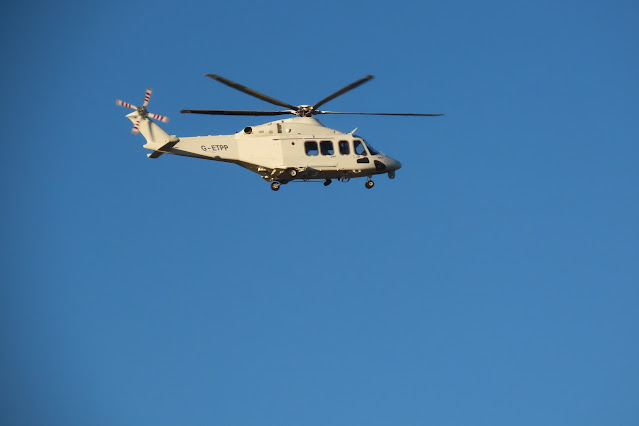 of Qinetic Castle Air based at Boscombe Down (thanks John) and as has become usual starting in the Southern Quarter the first wildlife to be encountered, unless you include the single Fieldfare still munching away at the berries on the Ornimentals, was an extrodinarily large 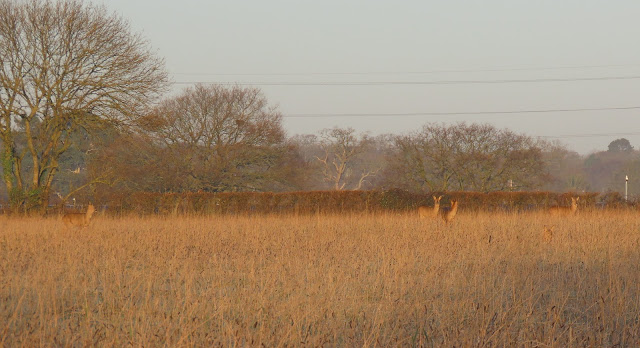 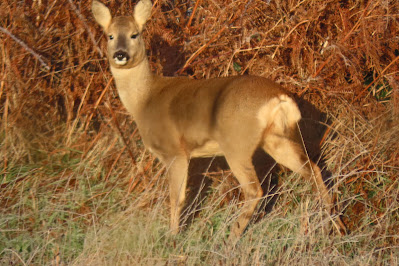 c8 in all and all unsurprisingly
ROE 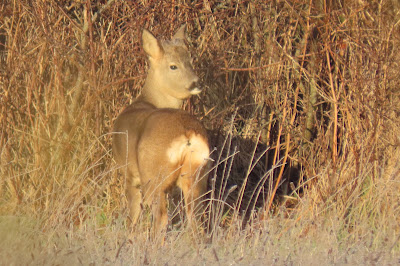 feeding voraciously.
Along the Oak Line with the Moors river this 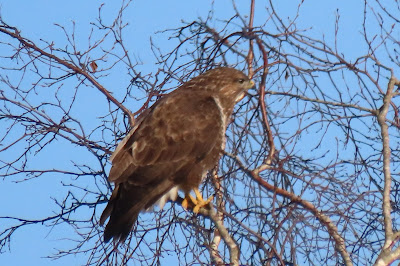 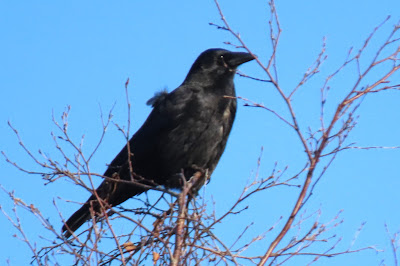 was a totally unwelcome guest as far as the local
CARRION CROWs
were concerned and soon given the elbow
with preening continuing.
Within the Solar Panel Compound a moment of

Déjà Vu
as like in previous days the female 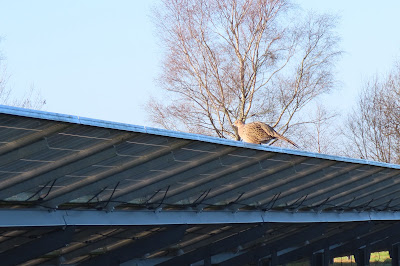 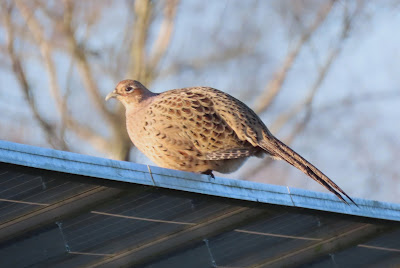 had returned to what appears to be a 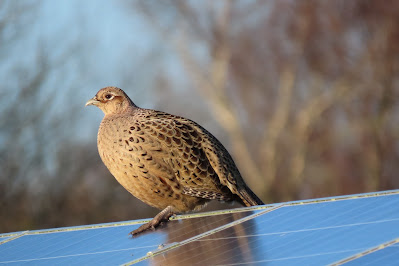 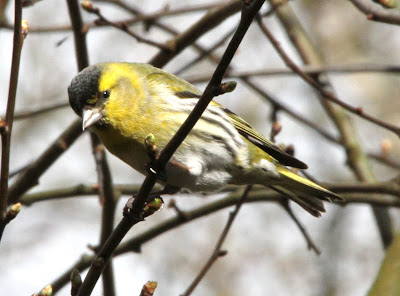 as a small flock of First for the Year 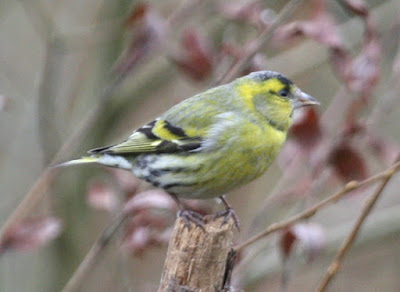 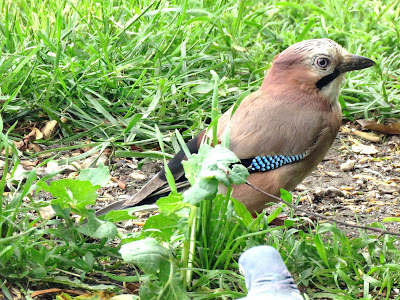 and most unusually (ditto f.f.y.) this 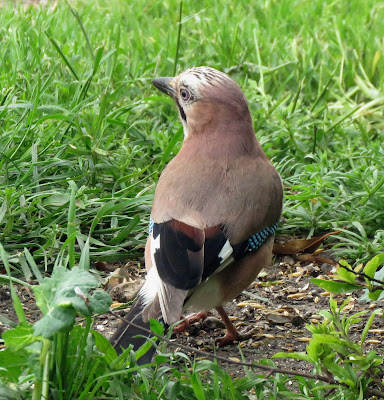 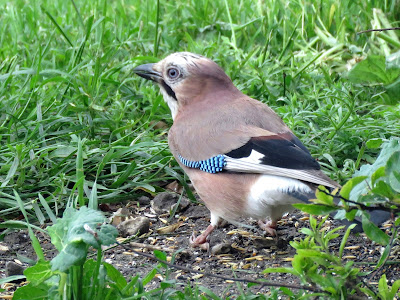 was also found feeding on the verges of the busy lane leading to the Eco Recycle Centre.
Posted by Bagsy at 05:34